Thank you for your interest in learning more about individuals that make up our ICCD team. 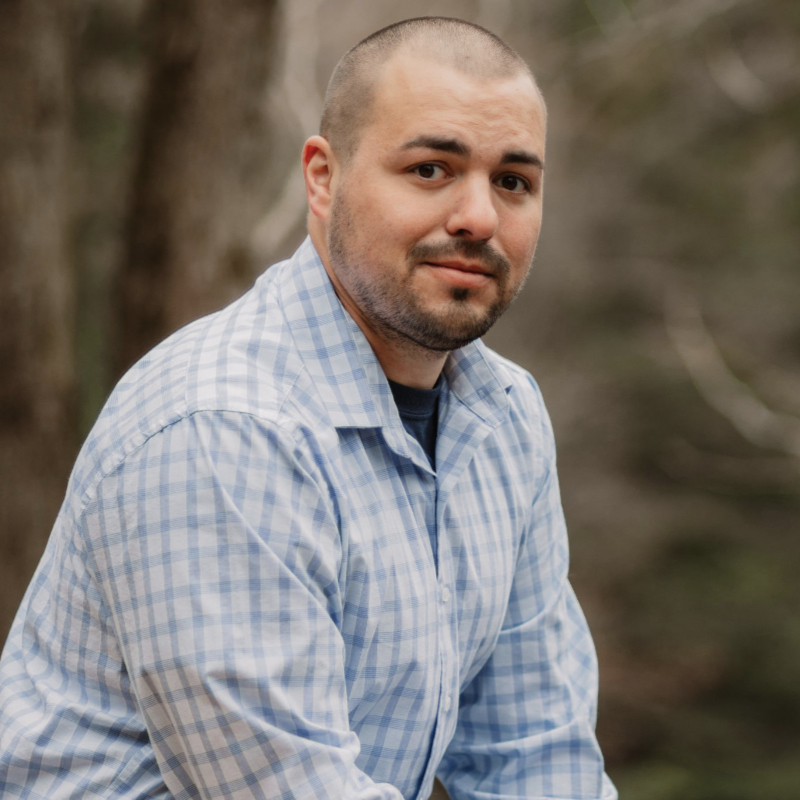 Although only starting at the District in 2018, Doug has a much longer history of involvement with conservation in Indiana County. He grew up in a small town called Gas Center in East Wheatfield Township and graduated from United School District in 2005. While there, he participated in FFA, the Indiana County Envirothon, and took four years of Vocational Agriculture studies. After graduating from Pennsylvania Highlands Community College with an Associates Degree in Environmental Technology, he worked for a local non-profit as their Projects Manager completing habitat restoration and invasive species control work throughout a five county region that included Indiana County. Later he became a board member, then Vice President of the Conemaugh Valley Conservancy, helping to lead the charge on water quality monitoring, habitat restoration, recreation based economic development, and land conservation initiatives throughout the Kiski-Conemaugh River Basin (a 1886 square mile river basin that includes parts of Indiana County). At the District, Doug provides direction and oversight for the District’s many programs. In his spare time, he enjoys traveling and a myriad of outdoor activities including white water rafting, bicycling, hiking, and skydiving. 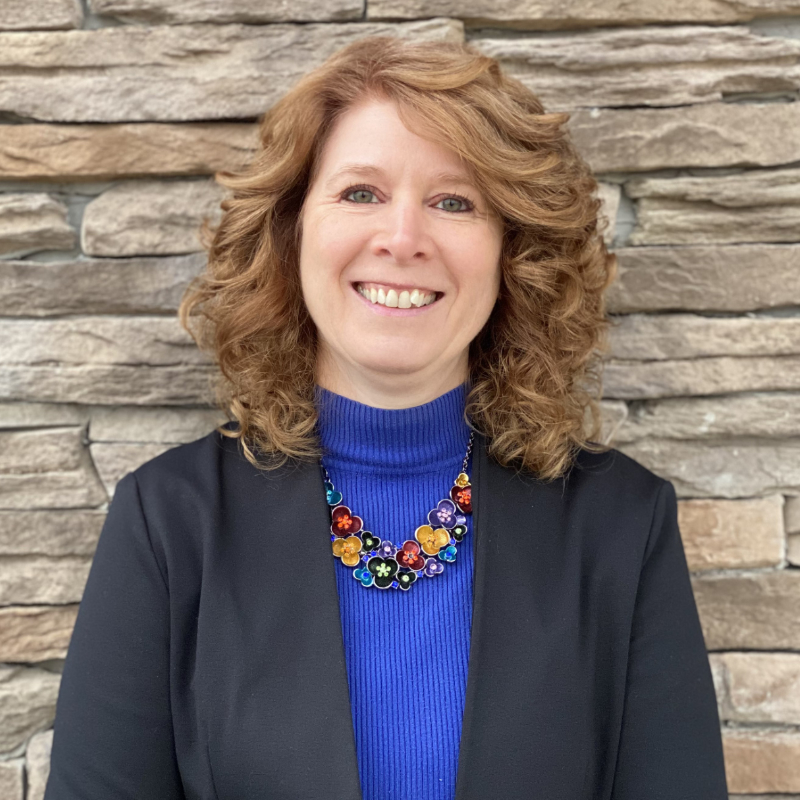 Tammie has spent her entire professional career with the Indiana County Conservation District which began in 1984. She provides administrative support to the staff on programs, projects and human resources. In addition to administrative work, Tammie serves passionately as the Envirothon Coordinator for both Junior and Senior High students. She oversees annual fundraising for Envirothon scholarships that currently has raised nearly $40,000 to assist Indiana County students with post-secondary education costs. In her spare time, Tammie enjoys travelling to state and national parks, hiking, and spending time with family and friends. 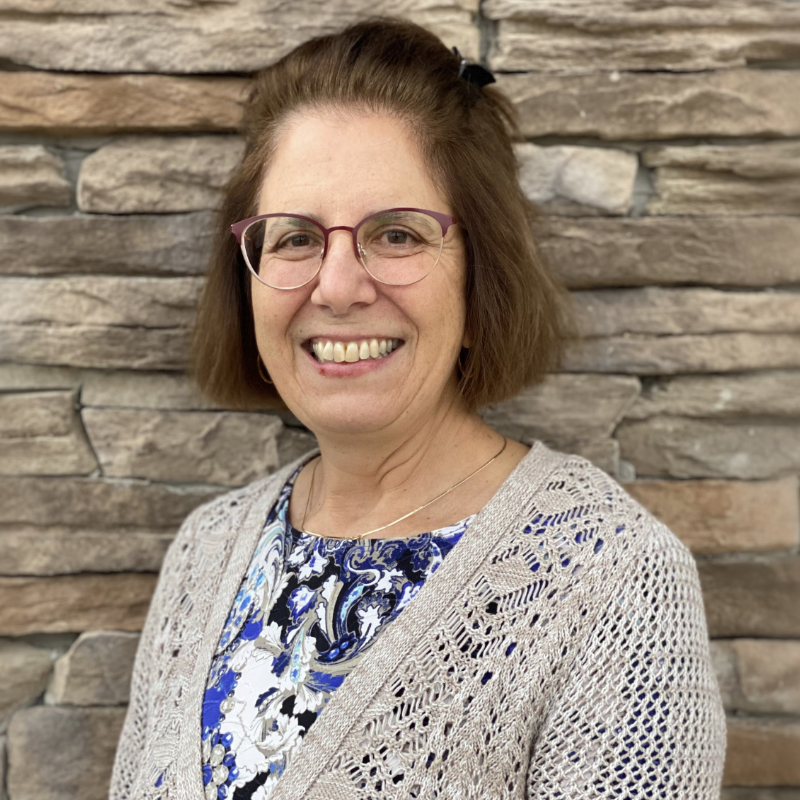 Nancy began working part time for the District in 2019. She provides assistance for a variety of office tasks. Her interests include nature walks and gardening, as well as reading and yoga. Her idea of a perfect day would include camping in the mountains, horseback riding at dawn, walking trails in the afternoon, and reclining by the campfire at night while gazing up at the stars. She and her husband enjoy camping with family and friends, and they cherish any time they are with their two grandsons.  John 3:16 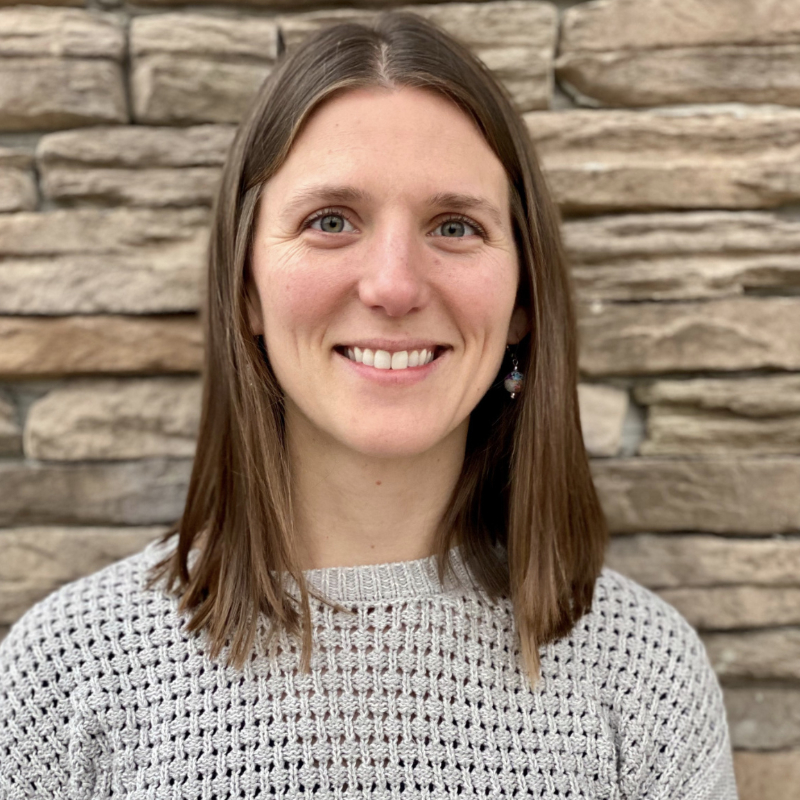 Brooke is a homegrown Indiana County girl graduating from Blairsville High School. She started with the District as an Americorps VISTA in 2013 where she supported the Conservation District, Crooked Creek Watershed Association, and Evergreen Conservancy with watershed projects. She joined ICCD as full-time staff in 2014 as the Watershed Specialist, eventually finding her niche in the Dirt, Gravel, Low Volume Road Program in 2018. Brooke provides full administrative and technical support for the DGLVR program for Indiana County. In her spare time, you can find her in the midst of home improvement projects, visiting micro-breweries, hiking, cooking, and enjoying family time. 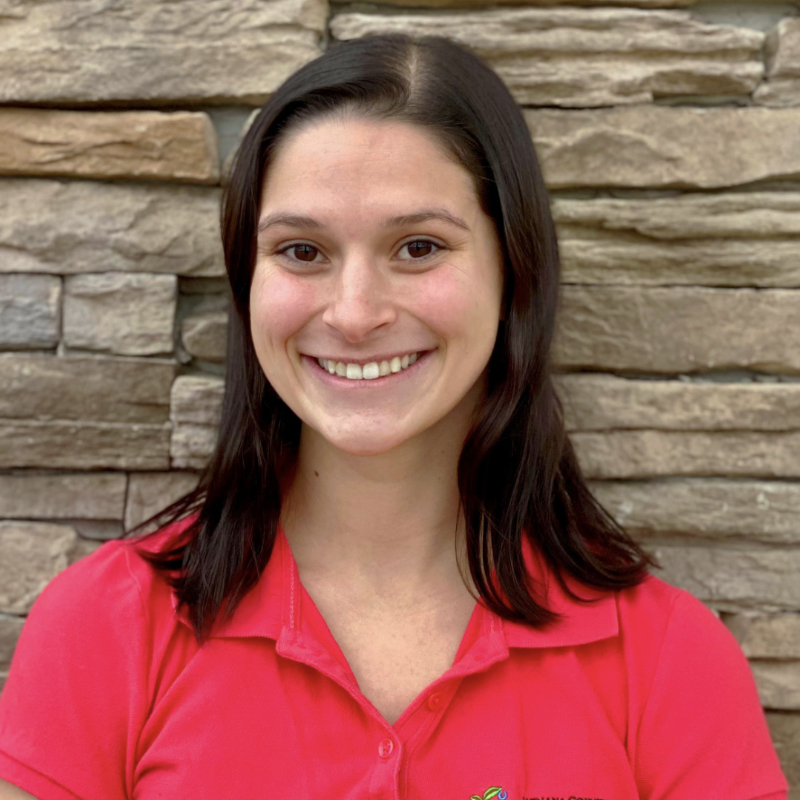 Even though Marisa has only been at the District since July of 2021, she has a long history of agriculture involvement. Growing up on her family’s beef operation in Salix, a small town in Cambria County, allowed her to develop a passion for this industry.  While in highschool she participated in 4-H where she showed steers and market lambs.  After graduating, she attended Wilmington College in Ohio and pursued a Bachelor of Science degree in Agronomy with a minor in Sustainability.  In college, she was actively involved in the Agronomy Club, Collegiate 4-H, Aggies, IHSA Equestrian Team, Agriculture Future of America, and Ag Policy & Law.  Her duties at the District are focused around providing technical support for farmers throughout the county.  In her spare time, she enjoys going on adventures with her friends and spending time with her animals. 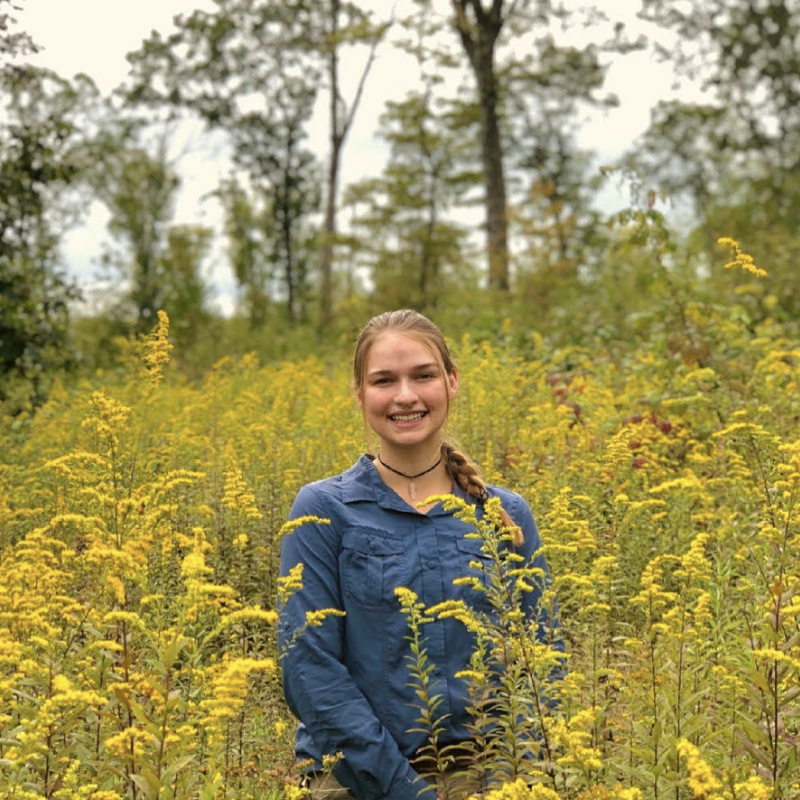 Monica grew up in Portage PA where she spent hours playing outside, running on her grandpa’s farm feeding the cows, then eventually joining 4-H, showing pigs at the Cambria County fair. She earned her Bachelor’s degree in Biology with a focus on Conservation and Ecology at IUP. As an undergrad, she researched pollinator and flower populations in timber harvests for two years. She also performed her own research comparing pollinator and flower populations on log landings and within the timber harvests. After her field research, she served the Pennsylvania Mountain Service Corp with ICCD and Evergreen Conservancy. She found the opportunity to be inspiring and it exposed her to the strong community here in Indiana who strive to promote conservation. During her spare time, she enjoys hiking, bird watching, climbing, making pottery, reading, and camping. She is excited to serve as the District Educator and to share her passion of conservation with the community, providing and engaging in numerous educational opportunities. 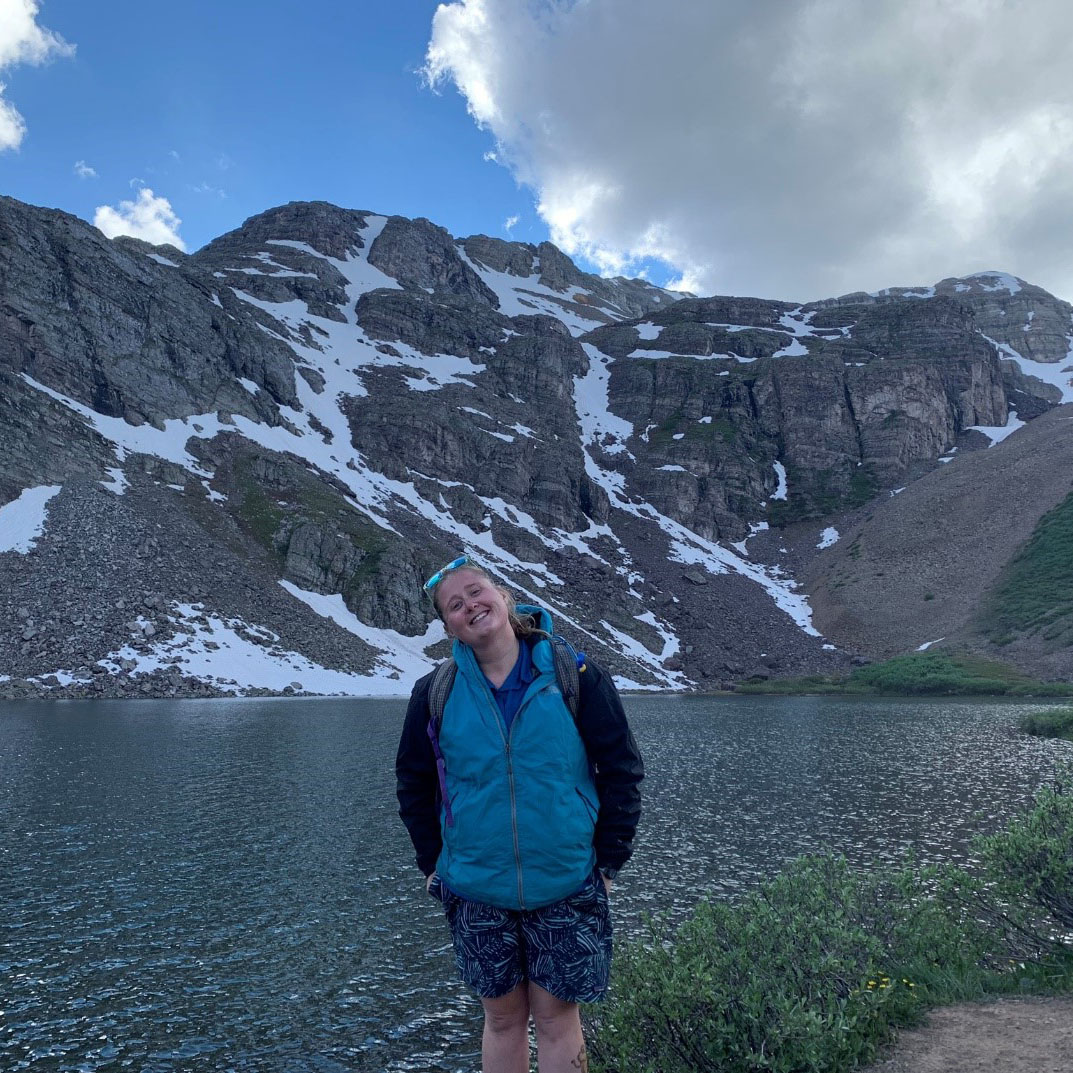 Larissa grew up in NEPA and graduated from Pitt with a degree in neuroscience in 2015. After working in healthcare and research on the east coast, she moved to Colorado to be as now mobile guide in the Rocky Mountains and later to Maine to be an ocean kayak guide. She began coaching lacrosse, working with kids and adults with disabilities, and teaching environmental science at the Aspen Center for Environmental Studies as well as at the YMCA of the Rockies in Rocky Mountain National Park. Colorado allowed her to experience countless professional and outdoor adventures and to discover her passions for nature and working with children. She came back to Pennsylvania this summer for a short visit but fell in love with western PA. She decided to move here full time to be closer to friends and enjoy the beautiful nature this part of the country has to offer. Larissa love’s teaching and exploring with kids (and adults) of all ages and is very excited to serve as ICCD’s new Education and Outreach Coordinator. In her spare time, you can find her outside with my dog Watson, or doing cool things with friends around the country. 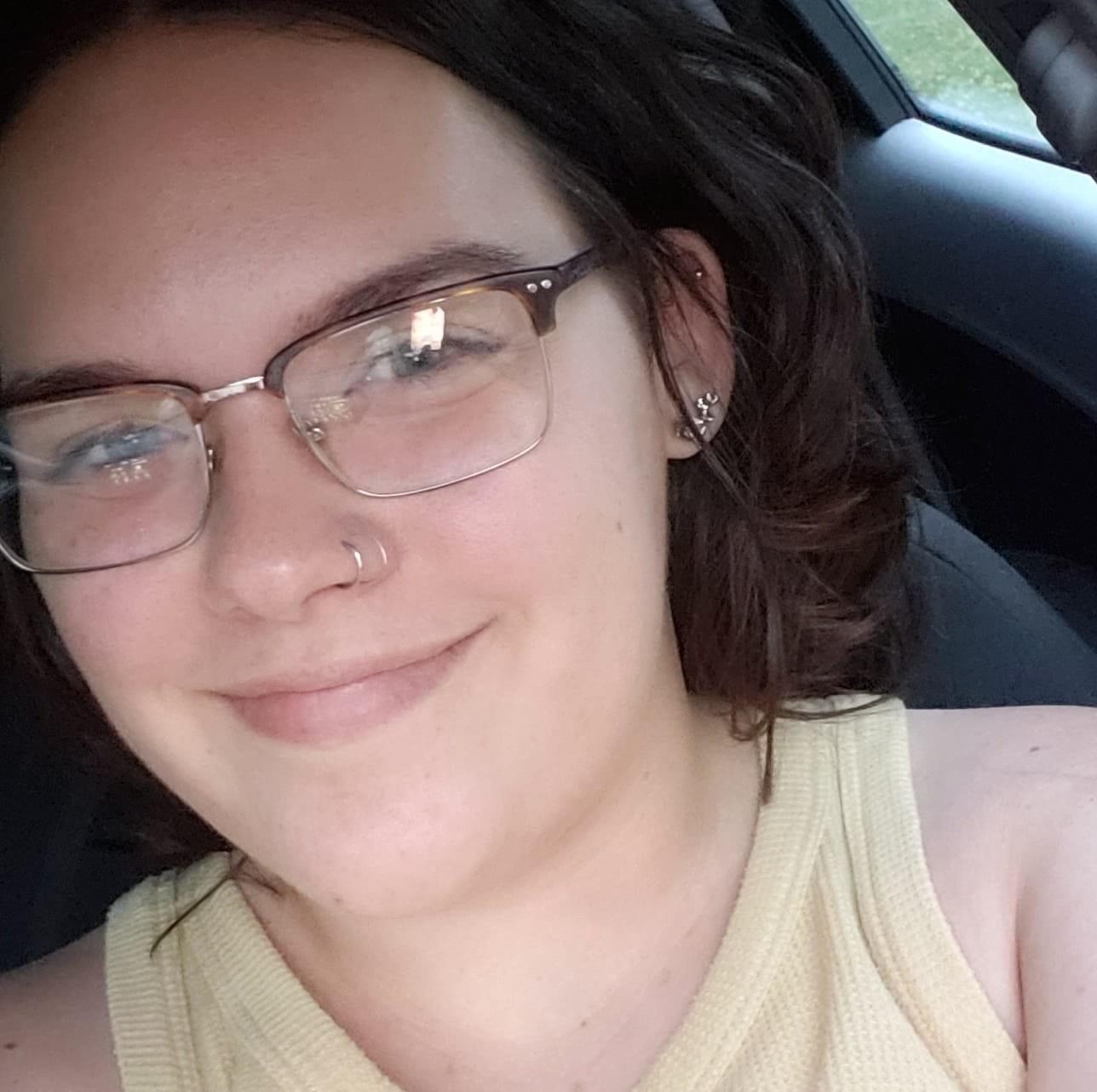 Emily is a recent graduate of Clarion University with a degree in Environmental Biology and a minor in Sustainability. She is a Pennsylvania native and was born and raised in the Brookville/DuBois area. She is extremely excited to serve as an AmeriCorps member for the District and the Evergreen Conservancy, and is looking forward to meeting everyone that she will work with on a variety of cool watershed projects.

ICCD offers assistance with a variety of programs including DGLVR, Agriculture, Watersheds, and Permitting.

Education is a big part of what we do. Discover how ICCD can engage your students in environmental learning.

Stay up-to-date with the latest news from ICCD by reading a blog post, subscribing to our newsletter, or join us for one of our events.